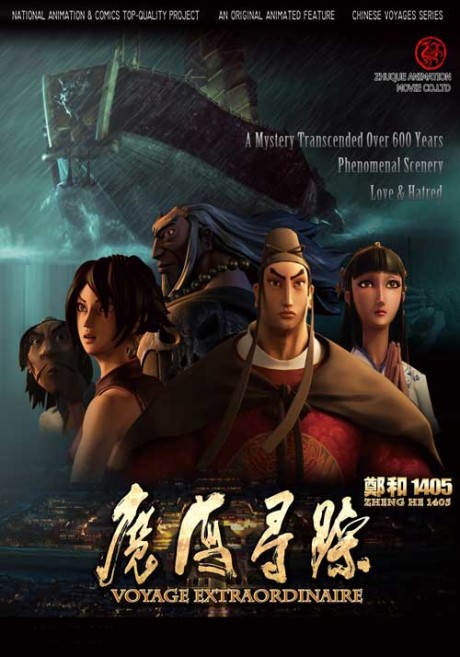 Plot Summary: Qianlang and Yanzi were exploring the South China Sea, when a sudden storm plunged them into the sea. Qianlang discovered a peculiar writing-brush washer made from blue-and-white porcelain at the bottom of the sea. It gradually reproduced the scenes of Zheng He’s journey to the countries on and along southern oceans as an envoy according to an imperial decree 600 years ago. The thrilling, fantastic and romantic episodes, breathtaking marine perils and battles, and emotional and touching partings in this film are very intricate, shocking and sensational.